Body Finish: Black, Wilkins “Thin Skin” Poly or Nitro Cellulose (not as perfect as poly – grain can show through the finish) Add $300

Just before I started Lakland I fell in love with the music of Dwight Yoakam. It was a natural progression from the country rock I was heavily into at that time (Byrds, Gram Parsons, Flying Burrito Brothers, Etc…). My wife Cheryl and I went to see a few shows (1992 & 1993). The bassist wore puffy white shirts and was named Taras Prodaniuk. I thought he was from Europe somewhere. I read an article about him in Bass Player magazine and learned he was from LA via Minnesota.

Bass Player magazine had just done a small feature on him and they gave him his contact info and I sent him a letter (this is before email took hold). He responded promptly. I sent him a bass and he liked it but he was a passive guy and our bass was active. Still we kept in touch.

When we released the Osborn, he was on board. He started using the basses on stage. He left Dwight and started a tenure with Lucinda Williams. I saw him play many times and it was always a treat to spend time with him.

Taras currently plays with Richard Thompson and his band the “Mojo Monkey’s” The last time I saw him play was with Meryl Haggard just before he passed. A perfect gig for Taras. This particular gig was Riot Fest in Humboldt Park in Chicago. My father lived in Humboldt Park as a kid.

Taras’s main bass for his whole career is a Frankenstein. Early 70’s J bass body with a 1965-66 neck. It also has a badass bridge and a front pickup cover. Although his bass as Schaller tuners, he has asked for the rare oval or “lollipop” tuners. His neck is bound with pearl dots.

More than just a client of mine. Taras is one of my dearest friends. No matter what I’m going through, he’s always there for me!! 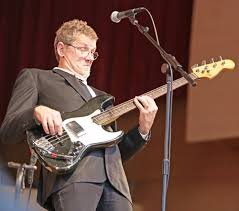 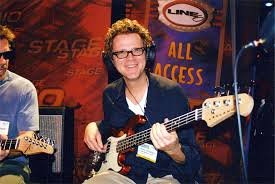 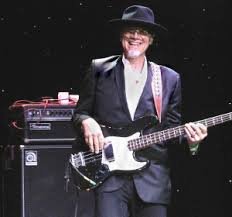 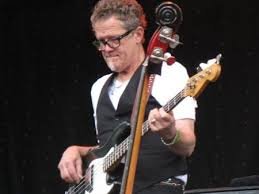 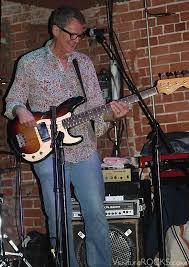