INSPIRED BY JERRY SCHEFF
THE "WHITE AND BLACK" BASS

INSPIRED BY JERRY SCHEFF
THE "WHITE AND BLACK" BASS

Body Finish: Black, Wilkins “Thin Skin” Poly or Nitro Cellulose (not as perfect as poly – grain can show through the finish) Add $300, (other colors available upon request)

Finger Rest: On treble side

When Elvis picks you, you know you are special. In 1968 Elvis was planning a residency at the International Hotel in Las Vegas. James Burton was selected as the band leader. He called Jerry and asked him if he wanted to audition. Jerry did not want to join an oldies band. James told him that was not the case and that Elvis was very cool and had a new direction. Jerry got the job. Jerry has a great book (Way Down), so I don’t need to convey many his stories here.

Here’s a few. Elvis hated doing the old hits. He played as fast as possible to get them out of the way. Just listen to those shows. Hound dog is going 100 miles per hour! Elvis would love to get the band going full speed than signal to them for the big finish. One night Jerry and the band decided to not give him that final chord. I’m not sure what the song was but when it was time for the chord the band give him a wimper. They laughed, Elvis didn’t. The band sensed he did not like the joke and quickly gave him his chord.

Jerry went on to play with the Doors, Neil Diamond, John Denver, And the other Elvis, Elvis Costello among others… The loud monitors touring with Elvis C caused terrible hearing damage to Jerry. I understand that has since been corrected. Like Beethoven Jerry could still play with this impairment.

Jerry is a wonderful upright player. At one NAMM show which was very unpleasant for Jerry due to his hearing problem. The NAMM show always has musicians showing off at the booths. Bassist slap the bass, which is very annoying. Jerry walked up to a very pristine looking upright bass. He went over and got in position to play it. He looked at me and then started slapping and banging on it. The Asia owner of the booth looked on in horror.

The Scheff family is incredible. I understand Jerry’s father played bass. Then you get Jerry, Jason, Lauren, and Darrin – Jerry’s kids. All great players! Are you born with it or is it learned? I don’t know…

Jerry really shined at the anniversary show. I think he stole it. So did the other 4!

We have decided to do a bass based on his 1966 Fender Bass he calls the “White and Black”.

It is based on his stock 1966 black Fender P bass with a white (now mint/cream colored) pickguard. It is available with a 1.75” or 1.50 (J bass) width necks. The fingerboard is rosewood with birdseye dots. See Bass Spec’s for further options and pricing. 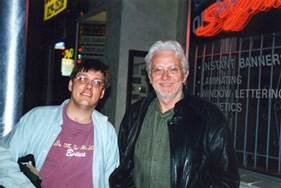 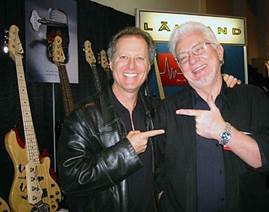 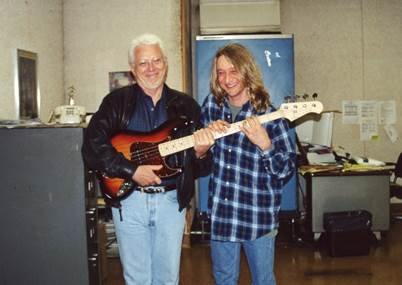 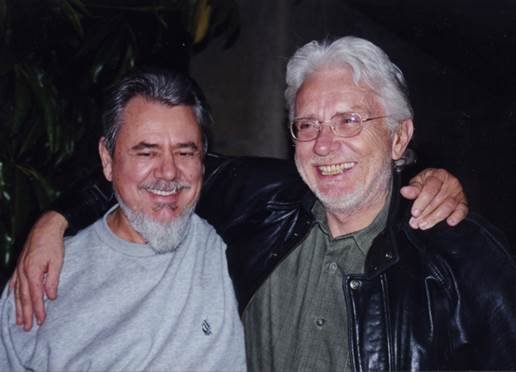 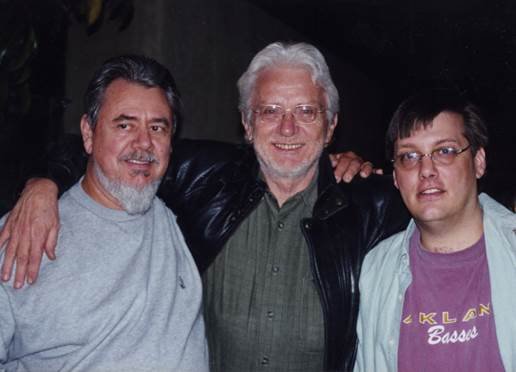 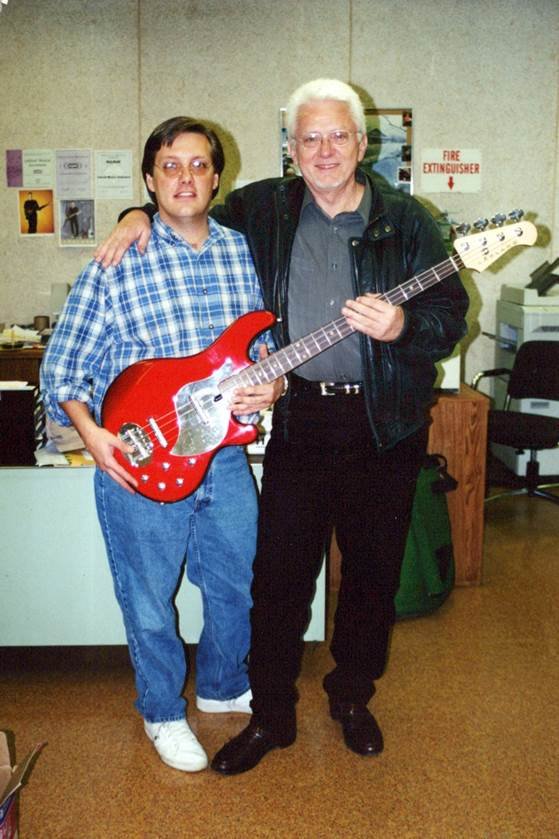