Body Finish: Black, Wilkins “Thin Skin” Poly or Nitro Cellulose (not as perfect as poly – grain can show through the finish) Add $300, (other colors available upon request)

Cy was best friend and advisor to the Who’s John Entwistle. There from the start, Cy was always by John’s side.

In 2000, Mark Gooday of Ashdown amps introduced me to John and Cy. They were in Chicago for a show. We hung out with them at the Ritz in Chicago. Spending most of time at the beautiful hotel bar, my wife Cheryl and I got to meet Rock N’ Roll royalty.

John enjoyed talking about equipment. At the time he was into Status brand basses. He liked graphite necks because they stayed straight. He liked his bass neck dead straight with super low action. Fret buzz was a part of his sound.

I asked him which of the albums best represents his ultimate tone. “Live at Leeds” was his response.

I brought him one of our hollowbody’s. He liked it and immediately re-strung it with his favorite gold plated roundwound strings.

John played many different basses during his career but the one that sticks out to me was his combination of a Gibson T-Bird and a Fender P bass. Also known as the Fenderbird. I talked with John about making a bass like this for the public. He was for it but he passed before we would get it made.

I have stayed close to Cy and I have enjoyed working with him on this model. 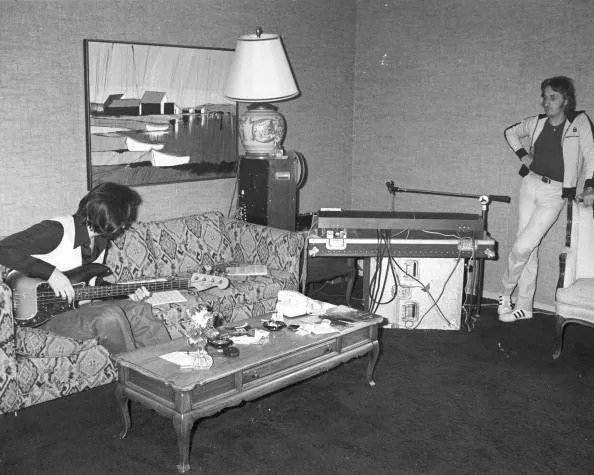 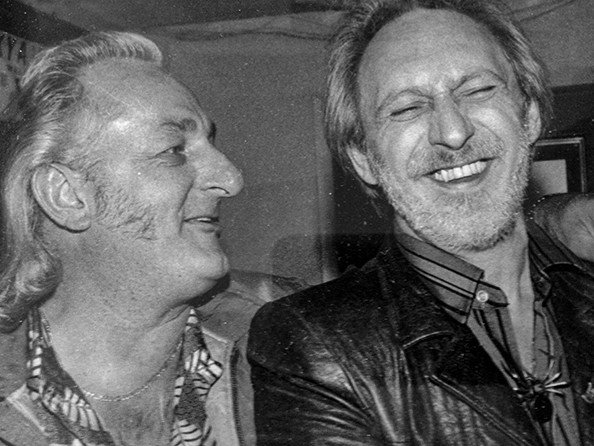